The key to successful puppy crate training is to make the experience as relaxed as possible.

The crate needs to be a quiet and safe place for your pup. For example, when in the crate, your pup should not be constantly disturbed by other pets, children or adults and especially not by sudden, loud noises. Also important, the crate needs to be positioned close whoever is responsible for the pup, otherwise house training could be affected.

The crate should not be cramped. Enough room is required for a comfortable area (the bed), plus space for a bowl of fresh water and enough room for the pup to move out of their bed if it wants to, without stumbling into or over the water dish. The crate doesn’t need to have too much extra space for moving about in as this may encourage the pup to foul.

Depending on the breed, it is generally best to start with a medium sized crate and as the pup grows and learns to be clean, change to a larger one.

The crate is like a den – a safe place where the pup can rest and sleep and, as the pup gets used to it, can be left for a couple of hours during the day should you need to go out, etc.

We have found through experience that if you purchase a soft dog bed to fit in the crate, if left alone the pup will chew and pull the stuffing out of it. We would recommend vet bedding on the floor, with some blankets for warmth, plus a large blanket covering the top and sides of the crate. When the pup is to be put in the crate for a rest or sleep, you can also drop the blanket down over the front to help it settle and not be distracted when it is time for a rest.

Your pup will need to be every couple of hours or so to rest, after being fed, exercised and being taken out for toileting and socialising. The first time it is put into a crate, your pup will very likely howl, whine and pull the blankets about. You have to remain committed to getting him or her used to it, despite this, as it is in the pup’s best interests. It is often better to leave the room until the pup settles, peering in occasionally until that happens, which it will do eventually.

All pups sleep for varied amounts of time, during which the room should be left as quiet as possible. This is where you need to watch and listen for when the pup starts to stir, As soon as you hear that, open the crate and encourage the pup to follow you straight outside. Should the pup become distracted, you must then pick it up and carry it outside to toilet. Once your pup has done what it needs to do, have a walk around outside to make sure that he or she has fully finished, making sure that it safely navigates stairs or similar obstacles while it is still young.

When you are ready go back into the house, let the pup play and interact for a while, have a drink, feed if needed. Whilst the pup is busy eating, that is the best time to clean any mess in the crate.

We wouldn’t advise putting newspaper or puppy pads in the crate during the day as this can encourage fouling of the crate, rather than going outside. This all sounds quite straightforward, but unfortunately it usually is not. Each pup has a different character, so how long it takes for them to be clean can vary hugely, as can the amount of time you need to spend at this important time in a puppy’s first introduction to it’s new environment. Putting that time in, however long it turns out to be for, is one of the main ways to succeed in raising your dog properly. 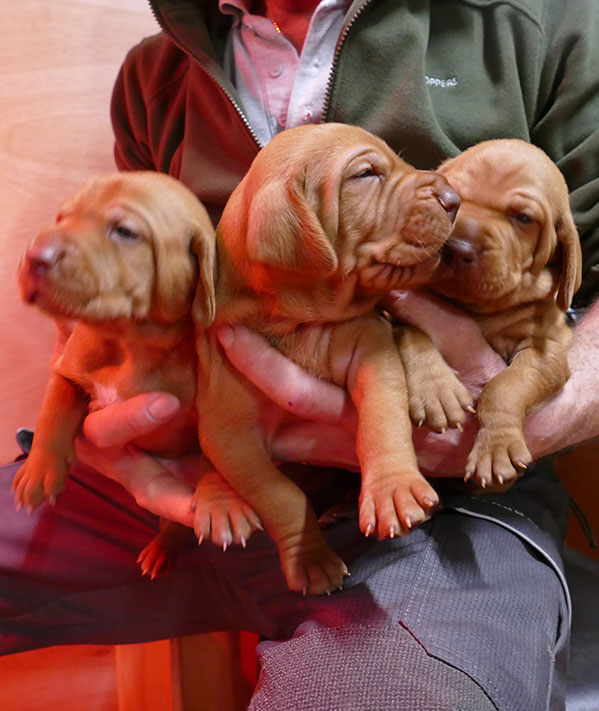